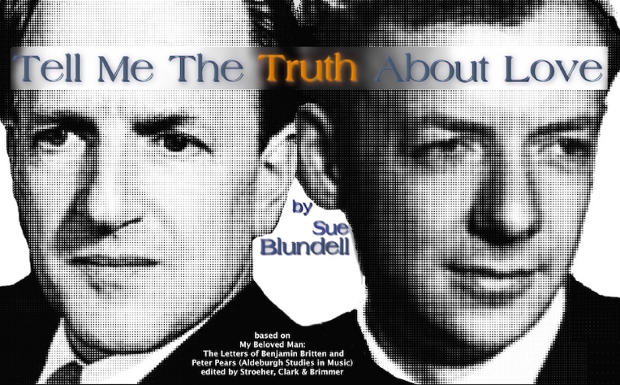 The private life of composer Benjamin Britten and tenor Peter Pears will be played out in public and on stage this June ahead of the anniversary of the repeal of the law that criminalised sex between men.

Tell Me The Truth About Love, written by historian and playwright Sue Blundell, celebrates the relationship between the composer and his long-term partner.

The work is adapted from My Beloved Man: The Letters of Benjamin Britten and Peter Pears, edited by Vicki P. Stroeher, Nicholas Clark, and Jude Brimmer, which was published last year.

Drawing on the letters which Britten and Pears wrote to each other, Tell Me The Truth About Love is being staged as part of FitzFest — a festival devoted to music by composers who lived in Fitzrovia. It will feature excerpts from Britten’s music, performed by the FitzFest musicians directed by Daniel Bates and feature the up-and-coming tenor Andrew Staples.

The first performance is on 8 June — a month before the 50th anniversary of The Sexual Offences Act, which finally decriminalised love affairs like the one between Britten and Pears.