The Fitzrovia Community Centre in Foley Street is to reopen this autumn under a new name after a rethink by staff and trustees who want to bring more appeal to the building. 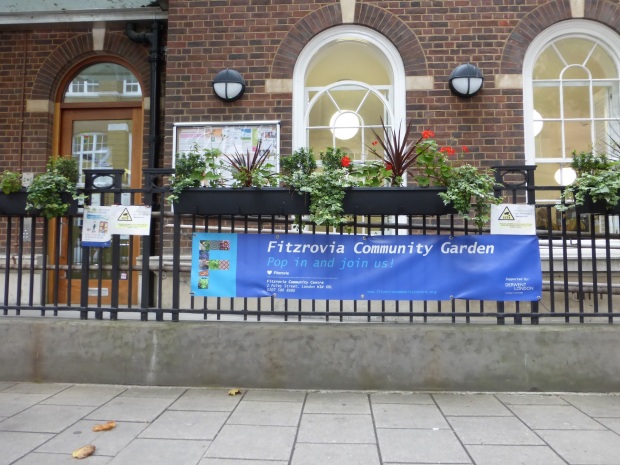 The word “community” will no longer be used to describe the community centre.

Funded by Camden Council and with income from room hire the Fitzrovia Community Centre was opened in 2012 by Sarah Hayward, the leader of the Council. But 12 months later the charity running the building was already thinking about a name change and about what the building should provide.

Now the word “community” will be dropped from its name and it will be known as the Fitzrovia Centre.

An announcement in August on its website stated: “Following a series of ‘community conversations’, local research and extensive consultation during 2013 about the role of the centre, it was agreed that as a legal entity we will remain the Fitzrovia Community Centre Limited, but we will be known as the Fitzrovia Centre.”

Edward Turner, chair of the charity which runs it, explained to Fitzrovia News the thinking behind the change of name.

“Although it’s a small linguistic change, it’s an important reinforcement of our ethos,” he said.

“We seek to bring together all Fitzrovians, from every background and socio-economic group. ‘Community’ and ‘Community centre’ have some negative connotations.”

Turner cited the example of “care in the community” — a cost-saving policy attributed to the Thatcher government of the 1980s — and said the word conjures up old fashioned images of two tier service provision.

“We have had feedback from many centre users that the shorter title is more appealing. It also brings us into line with other successful community centres which do not use ‘community’ in their names such as the Mary Ward Centre in Bloomsbury, and Dragon Hall in Covent Garden.

“We don’t classify the neighbourhood into haves and have-nots, or into users of services and contributors to services, but instead see every Fitzrovian potentially as both a centre user and a contributor, whether of time, money or skills.

“We find this is much more empowering, and see the transformation in people who perhaps turn up wanting to know what the centre can do for them, and in addition to using services themselves, discover that they have something to offer other people,” he said.