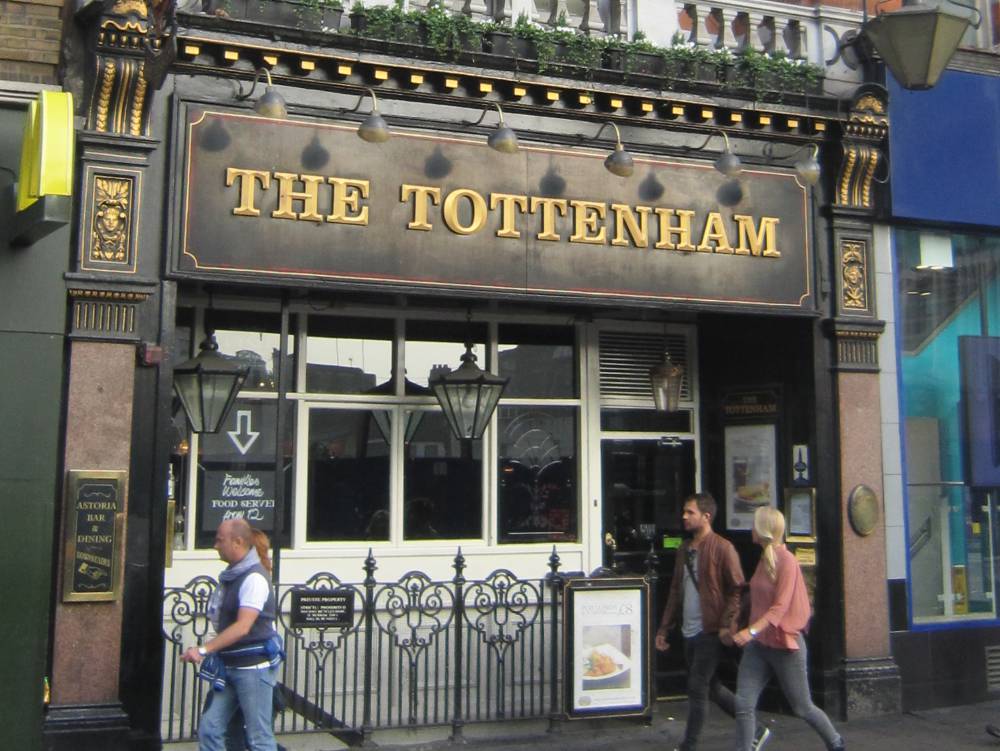 The Tottenham public house is to undergo a refurbishment which includes changing the name of the pub, in proposals submitted by owners Mitchells & Butlers.

Applications for listed building consent and other documents were lodged with Westminster City Council in March and show proposals for alterations to the facade, ground floor, new pub signs, and a revamped basement area.

The pub at 6 Oxford Street, is located within the Hanway Conservation Area and is a Grade II* listed building, and is the last remaining pub on Oxford Street. It was once known as The Flying Horse — a name that Mitchells & Butler intend to rename it.

Originally called The Flying Horse from at least 1809 (earlier than 1826 which is on its wall plaque) to 1894 when it became The Tottenham.

Its heritage can be dated back to at least 1790. In its early days the regulars were theatregoers from the nearby Tottenham Street Theatre an auditorium that was once London’s finest music hall. In the pub are three curvaceous ladies painted by Felix de Jong, the leading decorative artist in music hall.

In 1841 there were 34 pubs along Oxford Street. The Tottenham was featured in the Fitzrovia News Pub Crawl in 2011.