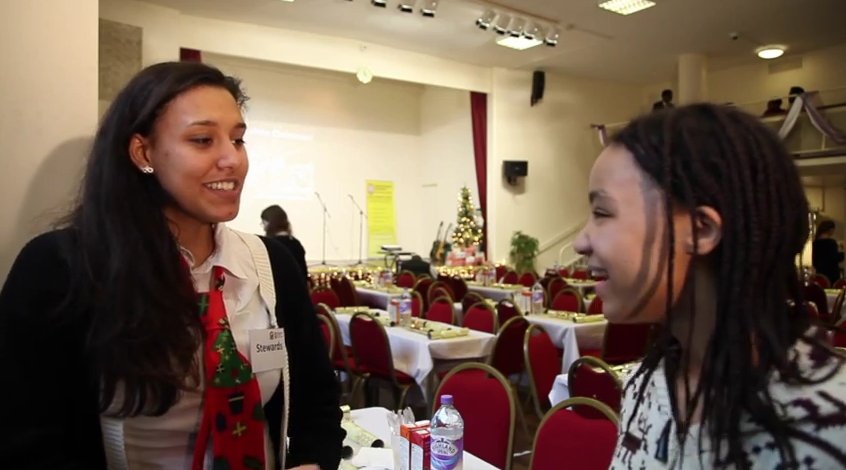 A short film has been released describing the organisation and activities that led up to the Community Christmas Dinner at the Indian YMCA in December. Made by the On Road Films project at Fitzrovia Youth in Action the short documentary is presented by Eden Steenkamp.

Steenkamp visits the Surma Community Centre in Robert Street, Regent’s Park, to meet young people preparing for the event. She then goes behind the scenes at the Indian YMCA in Fitzroy Square, Fitzrovia, to witness the final preparations, meets the young volunteers, and talks to the guests who were invited to the event.

Fitzrovia Youth in Action in partnership with Bengali Workers Association organised the Community Christmas Dinner on Monday 22 December 2014 as a youth-led community celebration. It was supported by All Souls clubhouse, Fitzrovia Neighbourhood Association, and the Third Age Project.

One Reply to “Film tells story behind Community Christmas Dinner 2014”