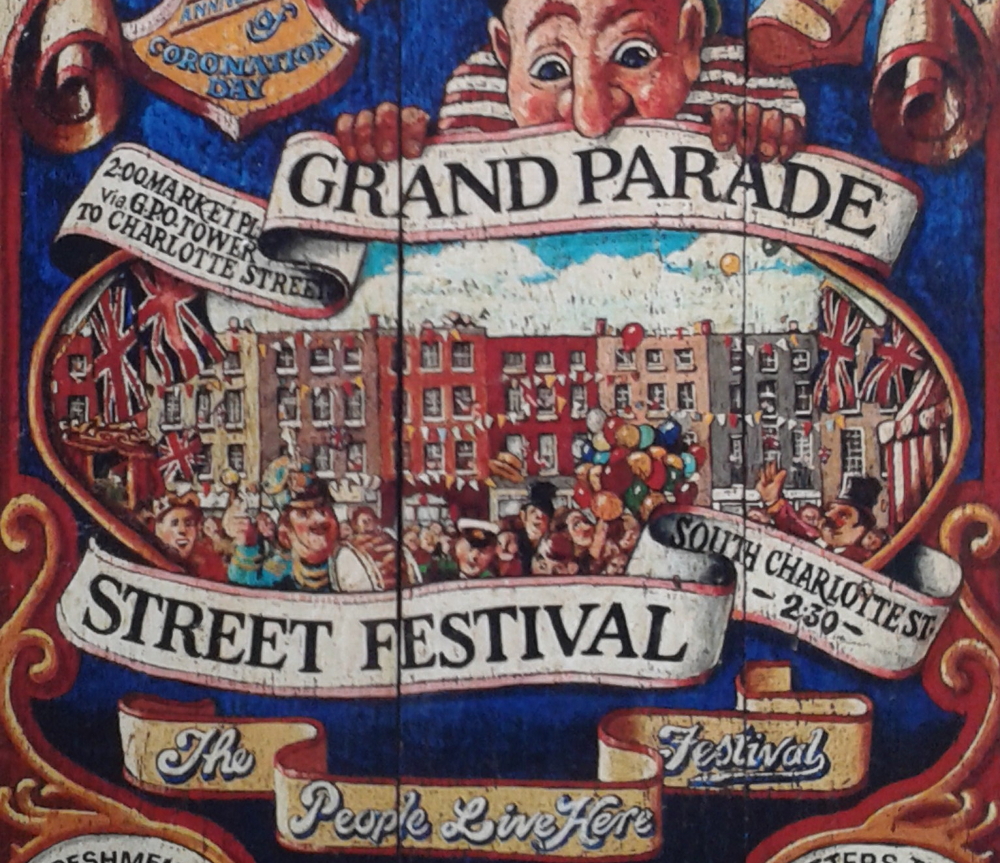 Ron Gauld one of the organisers of the very first Fitzrovia Festival has died after a short illness. He was taken ill a few weeks ago and later died in University College Hospital. His partner Janet was with him when he passed away on Tuesday. He was aged 83.

Gauld who lived in Ridgmount Gardens was very active in Fitzrovia community activities in the 1970s and 1980s including being the organiser of the first Fitzrovia Festival in June 1973. He had organised the festival with other members of the Charlotte Street Association and wanted to use the event to draw attention to the fact that the neighbourhood was a place where people lived and not just a commercial area. The festival had the sub-title “The People Live Here Festival”. Tower community newspaper produced a special Festival issue for the event.

As a member of the Charlotte Street Association, Ron Gauld was involved in the Fitzrovia Area Consultative Group (ACG) which was set up by Camden Council in the 1980s. ACGs were set up in several parts of Camden to discuss and be consulted about local housing, planning and transport issues. An important product of this group was  the Fitzrovia Plan, which was prepared by Camden planning department and published in 1984 after extensive public consultation in the area. The ACG was made up of representatives from several local groups, including the Fitzrovia Neighbourhood Association, the CSA and others.

Gauld was very keen to maintain Fitzrovia’s built heritage as well as a place where ordinary people lived. He felt very strongly against the gentrification and commercialisation of the district over the past years, the actions of property developers, and was saddened to hear that people were driven out of the area by rising rents.

Fitzrovia News will publish a full obituary in December. If you have any memories of Ron Gauld or photographs, please get in touch.